Celebrities at the Zurich Film Festival 2020

It is clear that stringent protection measures have been taken but so it is possible to conduct the festival although there is Corona ravaging. Fans in the fan zone all had to register before. On the 24th when Ray Parker, Jr. (66) was there and in the second week when Oscar winner Juliette Binoche (56) and Johnny Depp (57) make their appearance on Sechseläutenplatz, it will be closed off for security reasons.

The 16th Zurich Film Festival honors the French actress Juliette Binoche with its highest award. The Oscar-winner stands for committed auteur cinema and upscale Hollywood entertainment. She will present her new film LA BONNE ÉPOUSE at the festival.

Additionally, in this year of Covid-19, the Zurich Film Festival once again offers an extensive program: 23 of the 165 films are running as world premieres, more than ever before. More than half of the films in the competitions are by women. A special focus is on young French cinema. Iris Berben receives a Golden Eye for her career. The Zurich Film Festival also honors the actress Olivia Colman with a Golden Eye Award. She shines in the drama THE FATHER alongside Anthony Hopkins.

The opening ceremony on the evening of Thursday, 24 September 2020, showed us some Swiss local celebrities like the Federal Councillor («Bundesrat» / Swiss minister) Alain Berset and the City of Zurich Mayor, Corine Mauch, as guests of honor. With the world premiere of the Swiss film WANDA, MY MIRACULOUS by Bettina Oberli, the 16th Zurich Film Festival opened this evening in the cinemas Corso and Arthouse Le Paris. The guests of honor emphasized the importance of cinema in Swiss culture.

Celebrities in Zurich present themselves on the Green Carpet instead of the Red Carpet.

In October 2005 it took place for the first time and within a few years, it has established itself on the international festival scene. The Zurich Film Festival aims to provide a large audience with an insight into the work of young, emerging filmmakers from all over the world and to promote the exchange between established filmmakers, young talents, and the audience.

A central location in Zurich

Unfortunately, so far the weather has been rather rainy and even a little bit cold. However, for the photo shootings on the green carpet, the stars showed their best evening dresses.

Finishing this article here on LivingFlawless.com with the influencer Zoë Pastelle Hothuizen, allows me to elegantly invite you to follow us on Pinterest (more to follow). I am so glad even though the Covid-19 crisis goes on the people of the ZFF were courageous enough to decide to conduct the festival. I remember my last “Red Carpet” article was about Hairstyle Trends As Seen At the Oscars 2020, and that’s quite a while ago!

Good luck to the ZFF and hope all stay safe and healthy!

2020-09-29
Previous Post: Inika Day to Night Eye Shadow Palette
Next Post: 5 Bags by Louis Vuitton That Are A Must-Have

This site uses Akismet to reduce spam. Learn how your comment data is processed. 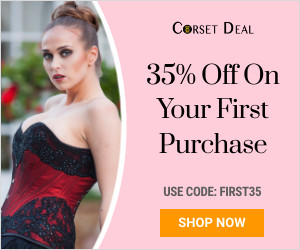 Welcome to LivingFlawless.com! I bought this blog some time ago. I am excited to continue to work with this site. My first goal is to expand the fashion part a bit. And I have also started a Pinterest page. More about me or contact me here.

LivingFlawless.com is a participant in the Amazon Services LLC Associates Program, an affiliate advertising program designed to provide a means for sites to earn advertising fees by advertising and linking to amazon.com. Amazon, the Amazon logo, AmazonSupply, and the AmazonSupply logo are trademarks of Amazon.com, Inc. or its affiliates.